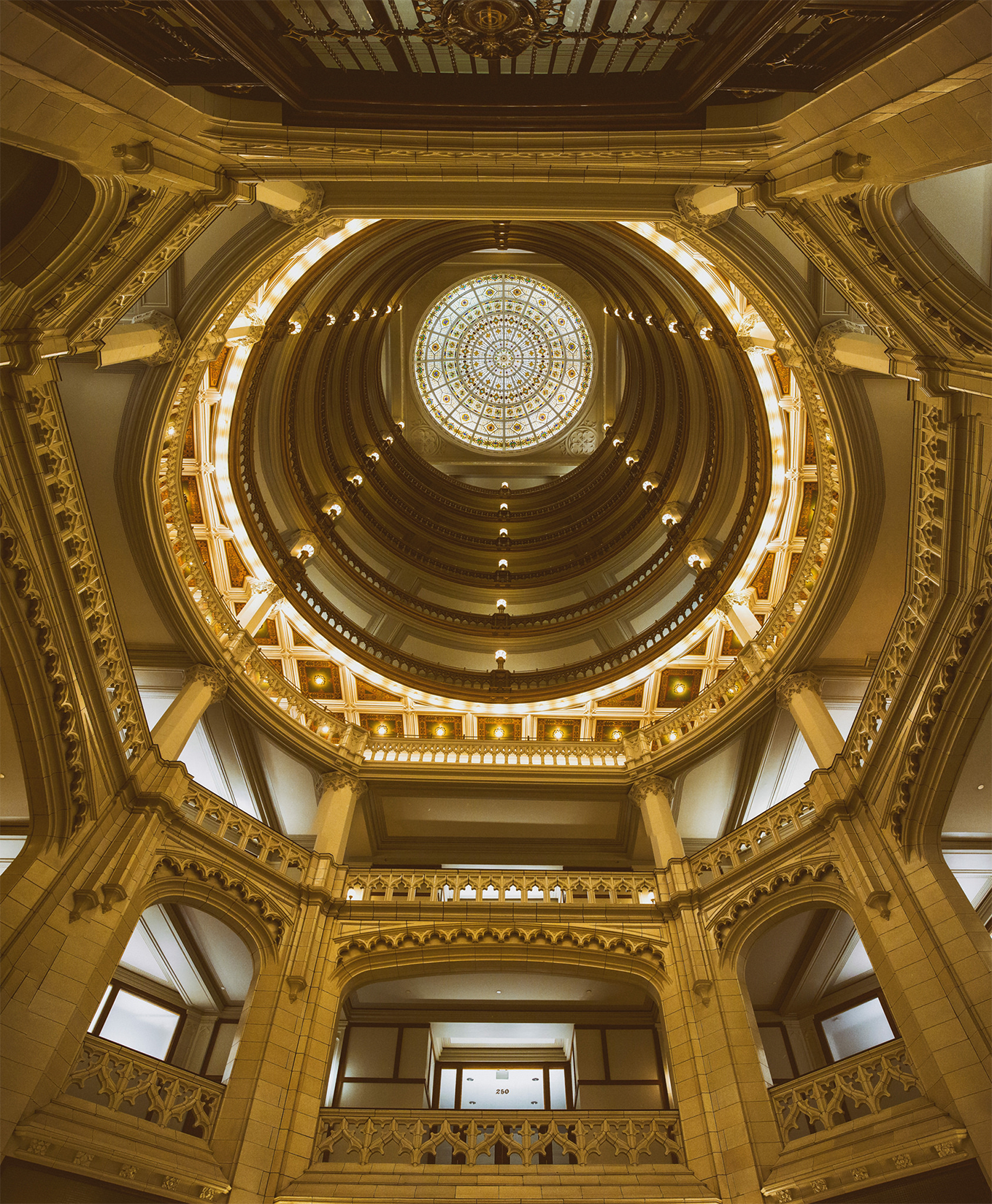 A view of the fabled atrium in the Union Trust building.

Our second stop in our architectural tour of Pittsburgh takes us just across Fifth Avenue from the Frick Building to another one of Mr. Frick’s commissions, the Union Trust Building. Originally known as the Union Arcade, this building was constructed between 1915 and 1917. Also located on Grant Street, it too, like the Frick Building, was built on the site of a former church, this one being St. Paul’s Catholic Cathedral, which was then relocated to its current location in Oakland.

Designed in a Flemish-Gothic style by local Pittsburgh Architect, Frederick J. Osterling, the building exterior is most notably defined by its ornamental mansard roof with terra-cotta dormers and two distinct mechanical towers at the roof. The interior of the building is designed around a central well, 10-stories tall, that is capped with a stained glass dome. When the building opened in 1917, there was room for 240 shops facing two four-story open arcade spaces, and about 700 offices. 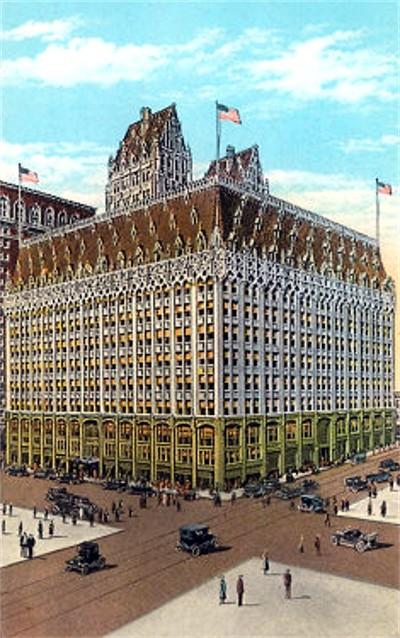 More facts about the Union Trust Building from Wikipedia

The following book was used for some of the information in this article: Pittsburgh’s Landmark Architecture, The Historic Buildings of Pittsburgh and Allegheny County by Walter C. Kidney