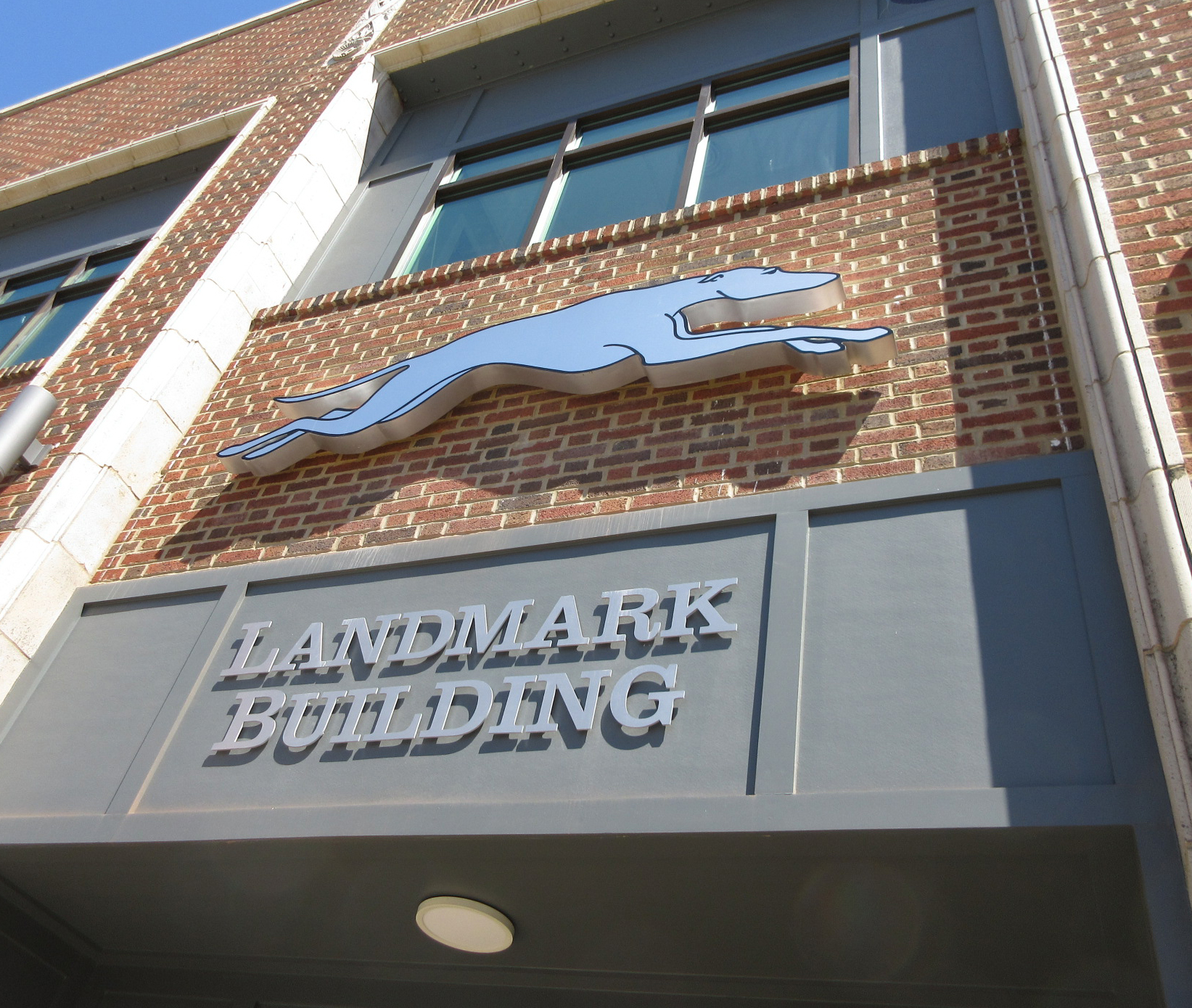 If you were to take a stroll through Washington, PA’s business district, you would quickly note the area’s historic character. Downtown Washington’s walkable streets with well-maintained sidewalks are lined with two- and three-story brick buildings aging as far back as the early 1800s, providing a case study of the evolution of American architecture. The Downtown streetscape is the historic heart of Washington County and is listed on the National Register of Historic Places. Over the decades, the building façades began to show wear and tear. Starting in 2018, the Washington Business District Authority began the Façade Improvement Program as part of its Main Street Program, offering grants to businesses to improve their storefronts. As such, Washington’s business district is becoming more refreshed, looking to the future while maintaining its historic charm.

The Landmark Building, located on East Maiden Street and part of the Special Services District in Downtown Washington, is an example of early 20th century architecture, and once housed the Greyhound Bus Station before it was moved to Beau Street. It now serves as commercial office space. When it was originally built, the sides of the building featured large, industrial-sized window openings. Over time and various projects, those openings were reduced in size or bricked in, and in 1973, decorative faux-Greek style wood cladding was added to the front façade. 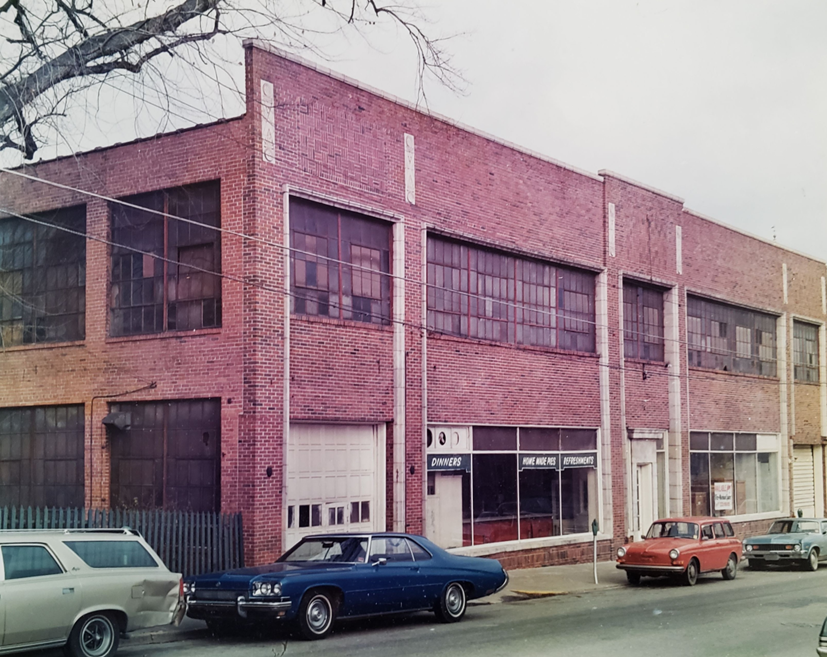 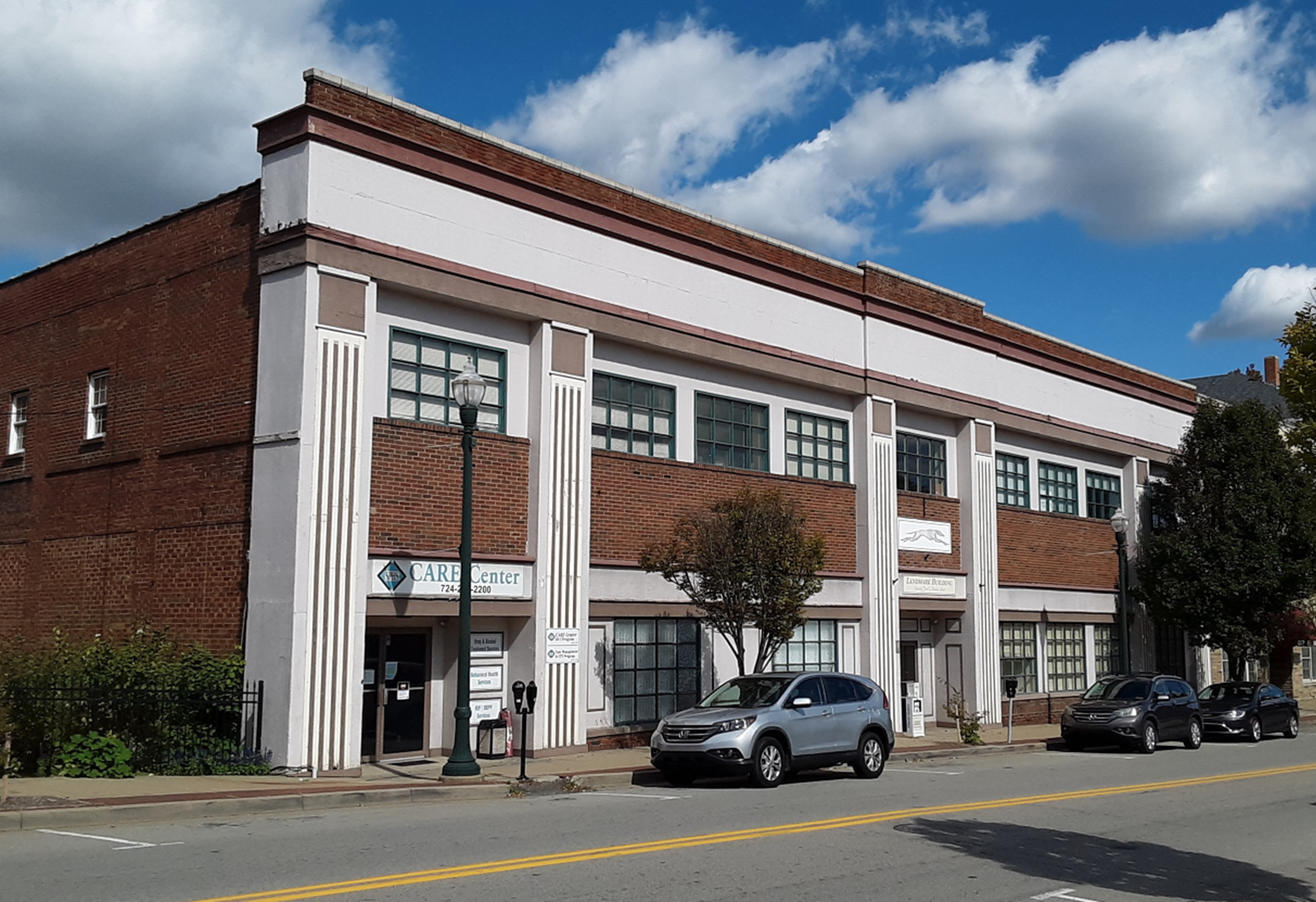 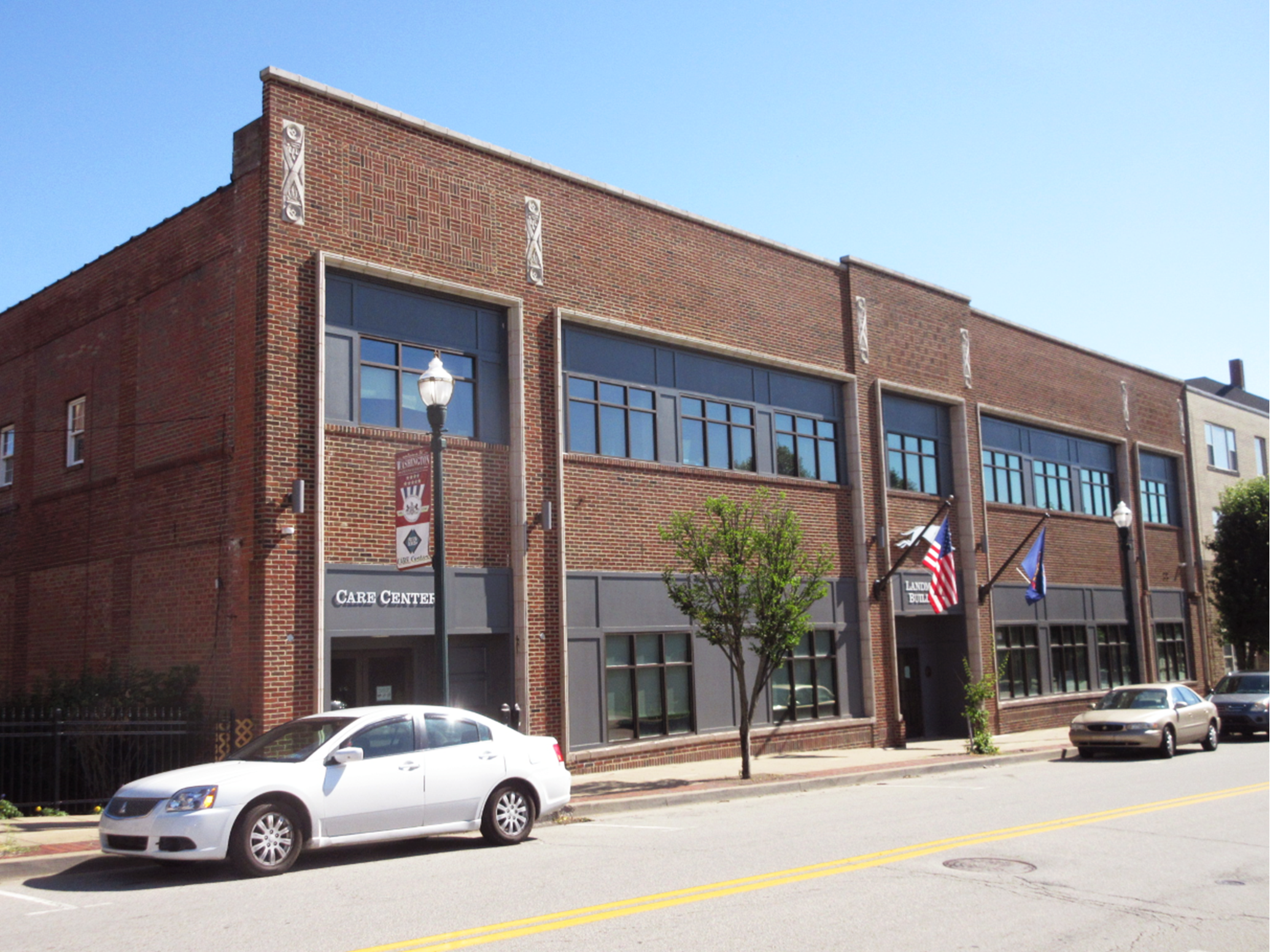 Though not a grant recipient, the Owner decided it was time for a facelift. In 2020, the Landmark Building’s Owner initially hired DLA+ to conduct a current conditions assessment and test fit to develop a better understanding of how the building and its infrastructure would have to be upgraded to support a contemporary business/retail use. The Owner subsequently retained the firm’s services for renovations and improvements based on the feasibility study and cost estimates. 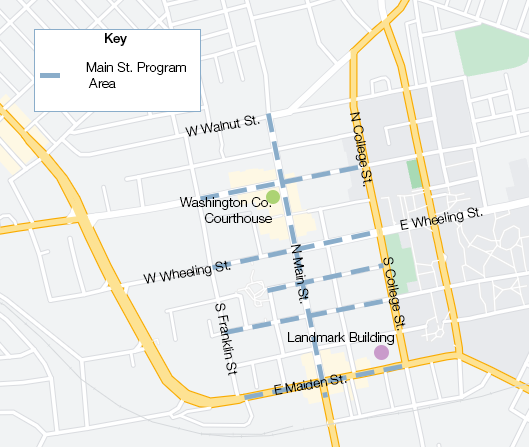 Interior upgrades included accessibility improvements to bring the first- and second-floor restrooms into ADA compliance, including new plumbing and lighting fixtures,  finishes, and doors and frames. The wood cladding was removed from the exterior façade, and the original brickwork (hidden for 47 years!) was exposed and restored, revealing a masonry pattern with articulate decorative detailing above the main entrance and both ends of the building. While the budget prohibited opening all the bricked-in windows on the west side, solid infill panels and new storefront window mullion divisions provided for larger glass view panels than previously existed and preserved the feel of the original large masonry openings on the façade, while additionally meeting compliance for energy code standards. A backlit Greyhound logo was reintroduced as an update to the prior Greyhound Bus Station signage, lending a contemporary twist paying homage to the building’s prior use as a public resource.

The Landmark Building’s restored façade has rejuvenated the building, helping Washington in its goal to revitalize its downtown, support local businesses, strengthen the community, and help ensure the economic vitality of Washington, PA for many years to come. 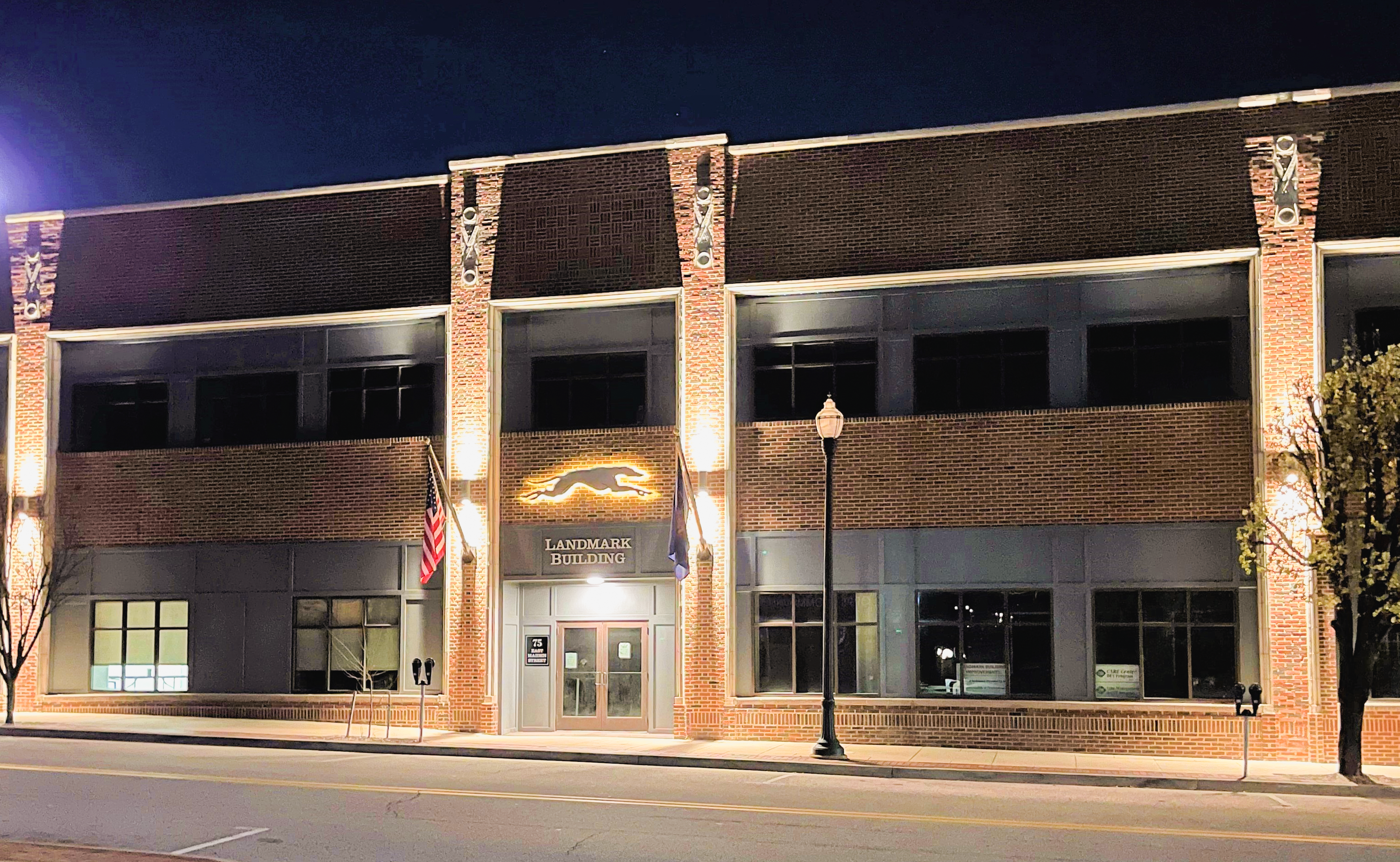